Bench vices consist of a mechanical screw apparatus employed for retaining or clamping a work piece allowing work to be exercised on it with equipment including saws, planes, drills, mills, screwdrivers or sandpaper. They will often have a single fixed jaw and another parallel jaw, which can be moved toward or out from the fixed jaw with the screw.

For woodworking, the jaws are constructed of timber, plastic or from steel, in the latter case they are generally faced with wood to prevent damaging the work item. The top edges of the jaws are usually brought flush with the bench top by the extension of the wooden face above the top metal moveable jaw. This jaw can include a dog hole to hold on to a bench dog. In modern-day metal woodworkers vices, a split nut is usually used. The nut that the screw turns is in 2 parts to ensure that, by means of a lever, it may be pulled from the screw and the moveable jaw can be rapidly slid into a suitable position at which the nut is once again closed onto the screw so the vice can be closed firmly onto the item.

An engineers vice, also referred to as a mechanic & fitters bench vice, can be used in metalworking applications. The jaws are constructed of soft or hard steel. The vice is bolted to the top surface of the bench with the face of the fixed jaws just forwards of the front edge of the bench. The bench height needs to be such that the top of the vice jaws is at or just beneath the elbow height of the user when standing upright. The vice can include additional features for instance a small anvil on the rear of its body.

The nut in which the screw turns may very well be split to ensure that, using a lever, it may be removed from the screw and the screw and moving jaw quickly slid into a suitable location at which point the nut is again closed down on the screw. The drawback to this system is less precision, in comparison with a solid screw system. Vice screws are usually either of an Acme thread form or a buttress thread. Those that have a quick-release nut work with a buttress thread. Some vices employ a hydraulic or pneumatically-driven screw, making set up not only faster, but more exact as human error is minimized.

There are two main types of vice jaws & fibre grips generally fitted on engineers vises: soft and hard. Hard jaws can be purchased with either a rough gripping surface or are flooring smooth and flat to improve accuracy. The second relies upon pressure for gripping, rather than a rough surface. An unskilled operator may tend to over-tighten jaws, resulting in part deformation and error within the finished workpiece.

Soft jaws are often constructed from a soft material like aluminium, plastic, or wood. One can use them to either hold delicate workpieces or trim to hold on to specifically shaped workpieces. These specially cut jaws in many cases are used instead of fixtures and many are commonly used in group operations. Also, they are used for fast change-over type set-ups given that they may be easily engraved with the part number, the task number, as well as other information related to the job currently being run. Soft jaws are regarded as a consumable item, as they are discarded or recycled after several uses. 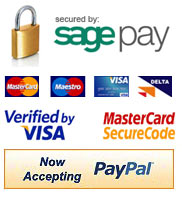